For decades, homeowners have defaulted to power washing for their decks. However, as many have suffered the headache of premature wear and damage to their wood decks over time, better methods have emerged.

Here are a few of the disadvantages of power washing your deck, as well as recommendations for a better way to clean it.

Wood decks are particularly vulnerable to the harsh effects of power washing. The excessive pressure used by power washers can both create new areas of damage as well as spread existing areas of splintering and wear.

Damage inflicted by power washing is permanent, and slowly breaks down the integrity of wood decks over time.

And if you think composite decks are safe to be power washed, here’s some information you should know. Power washing can actually chip away composite material and even leave engraving marks due to the intense pressure.

The worst part is, damage caused by power washing often isn’t included in deck warranties either, so you can expect to pay out of pocket to have these issues fixed.

The excessive amounts of moisture that are blasted into you deck with power washing is a real cause for concern. Because high pressure power washers often break through the sealed surface of your deck, moisture can get deep into the boards—causing mold, mildew, and rot.

To make matters worse, power washing compromises the protective sealant on your deck, which makes it more vulnerable to weathering as the seasons change.

#3 – Costly in both the short and long term

Power washing not only gives you a less effective clean—meaning you’ll have to pay for this service more often—but it can actually end up costing you more in the long run, too.

Because your deck surface and inner structure can become compromised with power washing, you can expect to pay more for maintenance and repair, plus you’ll likely have to replace your entire deck sooner.

Fortunately, DeckMaster has created a better way. Our PressureLess Cleaning & Preservation System is non-toxic, gentle, and highly effective. Plus, we also brighten, seal, and add UV protection to your deck as part of our signature service. 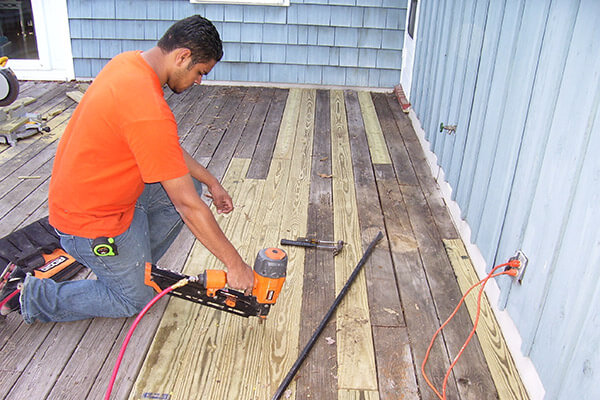 With the help of DeckMaster, you can restore your deck to like-new condition. Why buy a new deck when you can repair your old one for a fraction of the cost? Whether you need small repair jobs such as fixing a loose board, or large repair jobs such as re-decking the entire area of the deck, the professionals at DeckMaster will do the job right.

Right now, for a limited time, we are offering $100 off your deck repair project! 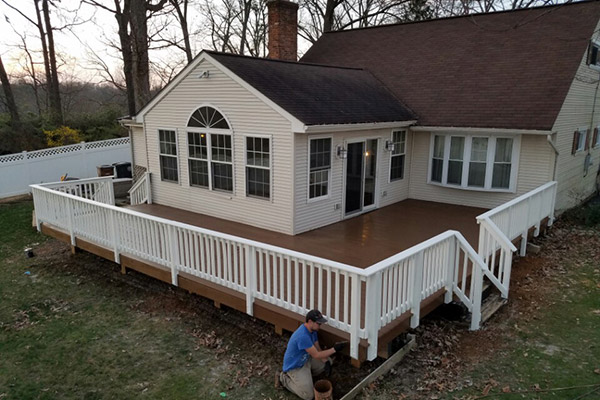 If you need a new deck built from scratch, DeckMaster is the right team to call. We have years of experience building decks in a variety of types of wood as well as composite wood (such as Trex). We build custom decks to give you the functionality and design that you want.

Right now for a limited time, we’re offering a $500 credit toward your new deck construction project of $10,000+ when you mention the coupon code “WEB20”. 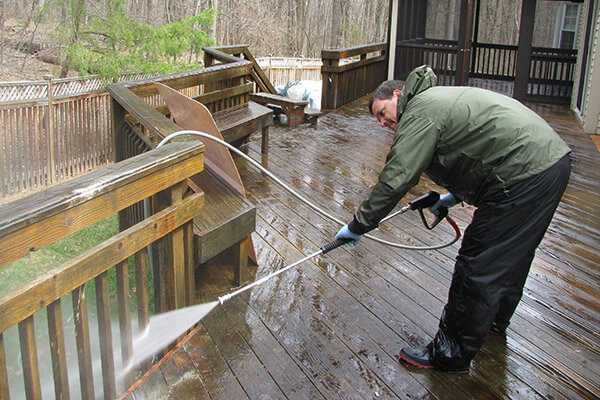 Most other deck washing companies use harmful pressure washers that can damage your deck’s wood. That is why DeckMaster has developed the PressureLess™ Cleaning System & Preservation System. It is a non-toxic, biodegradable, safe cleaning solution that is applied to your deck in a high volume mist sprayer. Rather than relying on pressure, we rely on our unique revolutionary chemical process to remove old stains and sealers and restore the like-new appearance of the wood. It won’t cause cracking or splintering and even slows the growth of mildew.